PsyOp, psychological operations, is normally a military term about how to covertly manipulate the enemy’s emotions, perceptions, and thoughts, resulting in favorable reactions. A good PsyOp achieves its objectives without the target being aware of the manipulation. Visual art is the original PsyOp, but with a few differences: there is no enemy and the artist achieves this manipulation not as a goal but as a consequence of bringing the artwork into existence. It is the art that transfers the artist’s knowledge affecting the emotions, perceptions and thoughts in the viewer. It is for this reason that art has been called the technology of the soul, and done at its best it triggers an evolutionary state of experience.

This special visual art language shows us a universe of human experience hidden in plain sight. Painters use exclusively visual cues to communicate their emotions, philosophy, and sensations. Not exactly code, not exactly a secret society with mysterious rites, and not exactly telepathy: but it is something like all of these. Ironically it is also blatantly public—every human with eyesight can see clues.

Sensitive and deeply intuitive people can feel visual art language, but the process to create it is exceptionally complicated. Good artists learn it by storing everything they have ever seen—including all the artworks they have experienced. They take this massive amount of visual information and categorize it by mental, emotional, and sensory associations; it is staggering in human scope. This trinity distinguishes art from all other human enterprises. Then the artworks pass on these associations like DNA threads, which become embedded in a receptive audience’s integral being, thereby passing on new and sometimes evolutionary connections.

There is a light-hearted spy television series, Chuck, that turns on the premise that vast amounts of knowledge can be embedded through revolutionary technology in the human mind, thereby transforming the recipient. It seems ridiculously far-fetched, yet that is exactly what great art does to you. It is the ultimate in covert activity because people generally are not aware that it has happened to them.

Available in Paperback and on Kindle at Amazon.

Welcome to my art world. What is passion in art? Come in and see, and think about what art means to you. 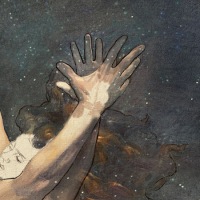 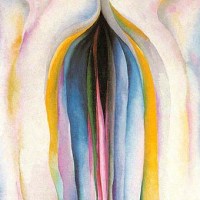